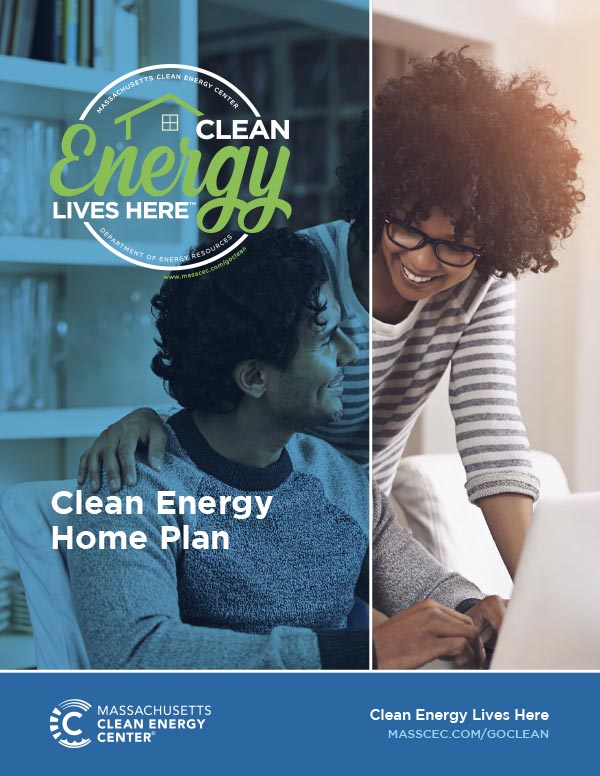 We bought our 46-year old, wooden clapboard house about five years ago and it seems like we’ve been immersed in home projects since then. The house has 2,600 square feet of living space on two floors, an unfinished basement, and a two-car garage with an unfinished space on the second floor above it. Not all of our projects have been energy-related but we’ve tried to improve efficiency as we’ve tackled deferred maintenance.

We moved in near the end of the cold and snowy winter of 2015, and immediately we learned three things: 1) the house was chilly and drafty even when the thermostat was set to 70⁰ F, 2) the roof on one side of the house was prone to ice dams, which caused leaks near the ceilings in two of the bedrooms and 3) animals were living in the attic. Our clean energy home journey so far has been intertwined with correcting these three situations.

We upgraded the electrical service to our home from 100 amps to 200 amps at a cost of $2,500 during the first month we lived in our home. Modern electric service enables us to do things like run a hairdryer and a microwave on the same circuit at the same time, which wasn’t possible prior to the upgrade. It also enabled us to install a solar PV system, which I’ll talk about later.

In our first Spring, we got an energy audit from Mass Save®. From that assessment, we got some free LED lightbulbs, learned that the attic insulation was inadequate and confirmed that numerous squirrels had taken up residence there. It turns out that a poorly insulated attic also transmits heat from the house to the roof. In the winter, this creates ice dams on a snowy roof and contributes to leaking. In the spring, we cleaned out the attic, evicted the squirrels, and then had the attic air-sealed and re-insulated by a contractor recommended by MassSave. The attic air-sealing makes the space more airtight and blocks animals from getting in, and the insulation has made the upstairs floor of our house feel much warmer in the winter. 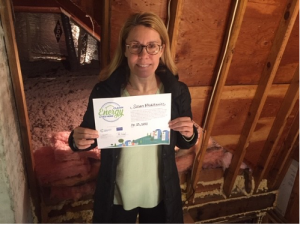 My Clean Energy Pledge included adding large amounts of insulation to our attic. 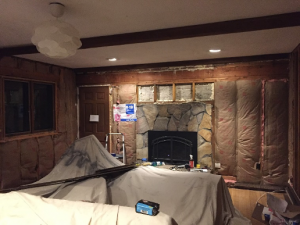 This room used to have a wood paneled interior and now has sheetrock walls. After removing the paneling, we fully insulated the two exterior-facing walls.

The space where I’m standing is leads to our living space so this exterior door is air sealed and insulated.

I’ll take a serving of energy efficiency with my windows, garage, and lighting, please!

We did a more comprehensive round of home improvements at the end of 2018 through early 2019. Though most of the house’s windows are double-pane with fiberglass frames, we had some original wood-frame windows left on the house that were deteriorating. We replaced them with double-pane windows, which are more insulating in winter than the windows that were there before. They have a U-Factor of .30, on a scale of .25 – 1.20, with a lower number being best. I do see that they are Energy Star certified for mid-Atlantic states but not MA, and I would definitely prioritize windows that are efficient for the MA climate in the future.

In addition, the part of the garage where the wood meets the foundation, called the sill, was rotting & needed to be replaced. In the course of that project, the garage walls were insulated with blown-in cellulose insulation. Why insulate the garage walls if we don’t live in that space? We think we might eventually finish off the space above the garage and it’ll be more efficient to heat and cool that room if it’s not exposed to extreme heat and cold underneath it. Its also great for the garage to be warmer than the outdoors in winter, since it shares one wall with our current living space.

We had almost no overhead lights in the house and craved a brighter environment. We had recessed LED lights installed in multiple rooms and learned that instead of the tall cylinders that used to be required to achieve the same look, now there are much thinner light assemblies that don’t disrupt the insulation above and around them. Whereas “can” lights used to require an insulating box around them or need air sealing, the new version is hassle-free and compatible with our insulation improvements.

The winter of 2019-2020 was the first one with the house out of renovation mode and with weatherization and energy efficiency measures in place. It was also a warmer winter according to the number of “heating degree days” as compared to past winters. Our gas bill from that winter was about $300 lower than in previous years. You can see in the graph above that our natural gas use correlates closely to the number of heating degree days within each bill cycle. The gas usage from June – September is associated with cooking and hot water only. 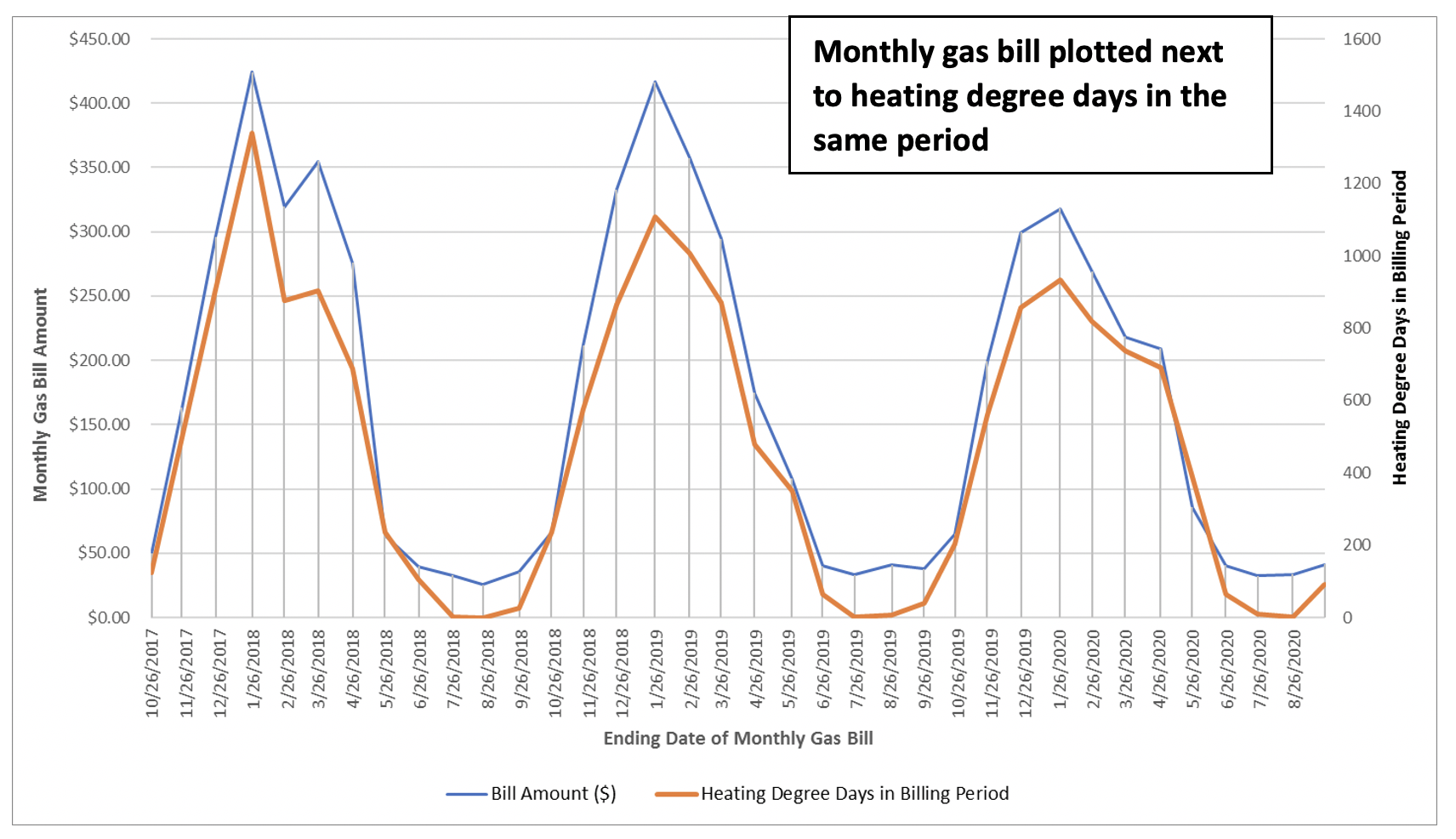 The winter of 2019-2020 was the first one where the house was not under construction and we could get the benefit of our energy efficiency upgrades.

I think it’ll take a couple more winters to accurately quantify the savings from our energy efficiency and weatherization improvements. I can attest that the house felt cozier last year and seemed to be a more even temperature in all the rooms. Eventually we’ll replace our gas furnace with heat pumps, but that’s a topic for a future blog!

Even on a wooded lot, solar works for us

We didn’t really think our house got enough sun to be a candidate for solar panels. But using the Project Sunroof tool on the EnergySage website, we were able to see that our roof had good sun exposure. Here’s the view of our southwest-facing roof, now with the solar panels on it. 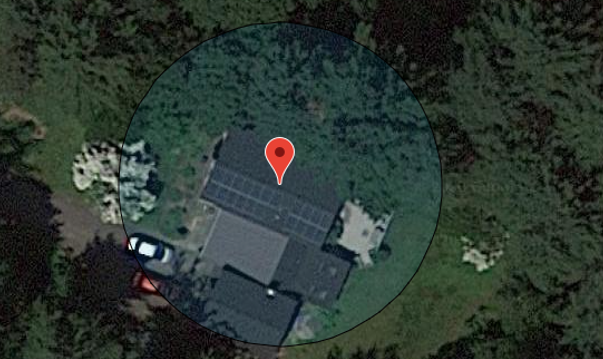 Aerial view of our home’s roof after solar panels were installed.

We learned that our investment in solar panels would pay for itself over time, meaning that the electric bill savings and SREC-II payments we’d get would equal what it cost to install the system and then we’d be cashflow positive after that. The idea of generating clean electricity and making money using our roof space appealed to us.

In late 2017, we had a 7.7 KW system installed. Given that the roof had previously been leaking during the winter, we decided to also replace the roof on the part of the house where the solar panels were being installed. That increased the cost of the project but gave us the peace of mind that the roof beneath the panels will last at least as long as the panels, and wet weather won’t damage our house. We chose to purchase our solar energy system, rather than enter a third-party ownership arrangement, because we had the financial flexibility to do that. Here’s an interesting graph that shows our electric bills the year before we had solar installed and the two years after: 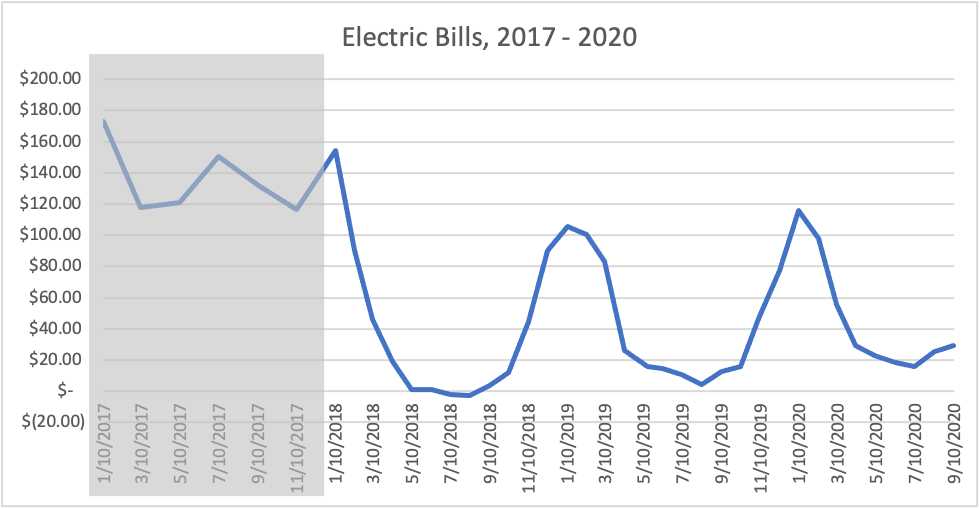 Starting in early 2018 when we had a solar electric system installed, our electric bills are lower overall and nearly vanish from May – October.

Here’s how the investment in solar has worked out financially, so far. We love seeing really low (and sometimes negative, meaning we’re getting credit towards future bills!) amounts on our electric bills. We’ve only gone through one full year with the system and its associated payments and credits. Right now it looks like the cost of the system after incentives and tax credits will have been paid back by our electric bill savings and SREC-II payments after 7.5 years. 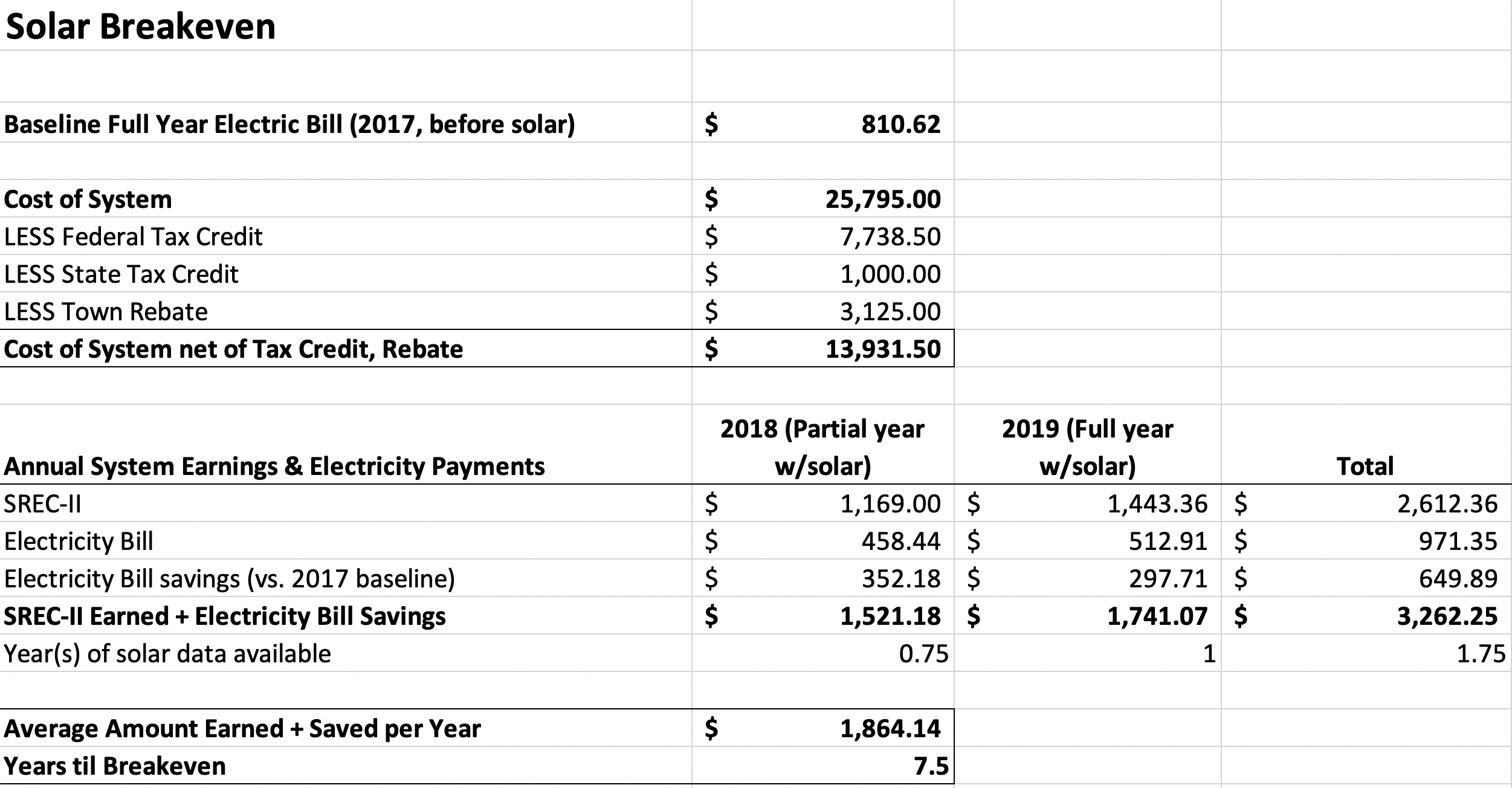 This is my tracker of our solar incentive payments and energy savings as compared the year before our solar installation. 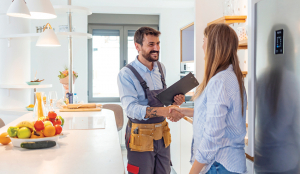 What is a Home Energy Assessment? 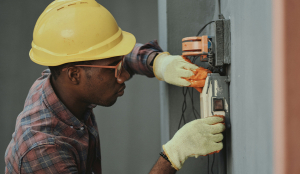 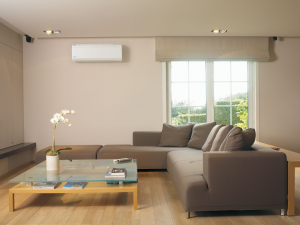 Why ASHPs Are Great For Massachusetts Homes 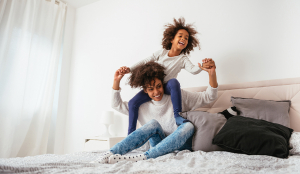 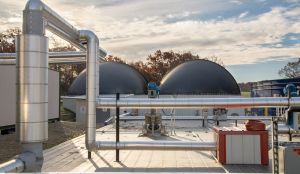 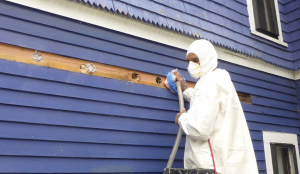 Weatherizing Your Home’s Walls and Ductwork With Mass Save®

I’m on board!
Planning for Net Zero: One Step At A Time

Find awesome listings near you!