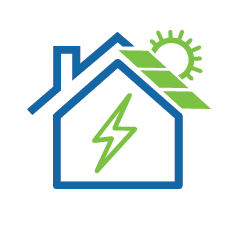 Homeowners should understand their electricity usage so that the solar electric system can be appropriately sized. Monthly utility bills include a summary of how much power a homeowner has used each month for the past year. The installer will need a recent bill to determine an appropriate system size based on the site’s power needs, characteristics, and the homeowner’s budget. Utilities charge residential customers for electricity consumption, measured in kilowatt-hours (kWh), which is shown on the electric bill. As an example, if a 40-watt light bulb is turned on for 100 hours, a total of 4,000 watt-hours or 4 kWh of electricity would be consumed. The average New England household uses 7,536 kWh measured in kilowatts (kW), the equivalent of 1,000 watts. The actual electricity generated by a solar electric system is a function of its size, efficiency, sun exposure, and a variety of other factors discussed on this page. The average residential solar electric system size in Massachusetts is around 7 kW. In Massachusetts, a 1kW solar electric system will produce approximately 1,100 kWh of electricity per year, which means that a 7-kW system will produce roughly 7,700 kWh per year. This example system could therefore produce enough electricity to cover 100% of the electricity consumption for an average New England household. 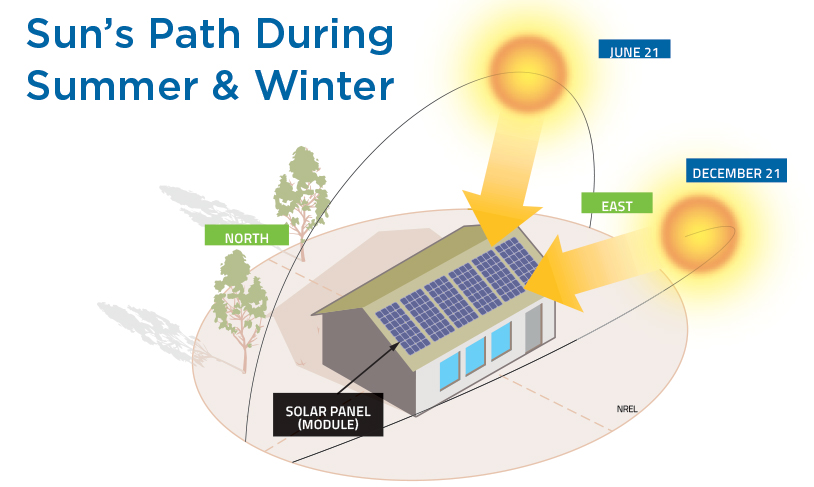 Factors that will affect how much power your solar electric array produces include:

For most Massachusetts homeowners, rooftop-mounted installations are the easiest and most practical way to use solar electricity to power their homes. Rooftops provide a ready location for solar electric arrays and are unlikely to have competing uses. Roofs in New England are usually tilted to shed water and snow, which helps to keep solar electric modules clear from debris. Roof-mounted systems also allow for a simple interconnection to a home’s existing wiring. Additionally, a roof ’s elevation could decrease the likelihood of shade falling on the array. Massachusetts homeowners with open land on their property may choose to install a ground or pole-mounted solar electric system. These systems can be oriented to the optimal south-facing direction and at the ideal tilt to maximize electricity production. However, ground or pole-mounted systems typically have a higher cost than similarly sized roof-mounted systems due to the expense of the ground-based substructure, the racking that the panels are mounted to, and the potential for existing and future vegetation to cast shadows on a system.

The panels of the solar electric system should be installed on roof faces that are oriented as close to due south as possible to maximize annual power production. Solar panels that aren’t facing south do produce electricity and may still provide an economic return. However, a north-facing system will have significantly less direct sun exposure, resulting in low electricity output.

For maximum annual electricity production, a solar array should be installed at approximately a 30–45 degree angle to the horizon. Most homes in New England have roofs that are pitched at 33 degrees or more so that they can shed snow and ice. A solar electric system can also be installed at a shallower tilt, though it may produce slightly less electricity. Residents seeking a visual representation of how panel orientation and tilt may impact their system production can use the online Solmetric solar exposure tool.

Even a small amount of shading on solar panels can reduce a solar electric system’s productivity. Ideally, a system should have no shade for at least 6 hours a day. A system should be sited to maximize its direct exposure to sunlight and to avoid shading by a home’s structural elements (such as dormers or chimneys), nearby trees and vegetation (including smaller trees that could later become obstacles), or other buildings. Technologies like micro-inverters or DC-Optimizers enable solar electric systems to be somewhat more shade tolerant, as the shading will only affect the panels that are directly shaded, rather than reducing the output of the entire system. A solar installer will present options to help a customer maximize solar production for their site.

The installer should conduct a thorough shading analysis of the roof or proposed location of a ground-mounted system, identifying the best location and configuration to avoid shading by trees and roof protrusions. Customers should ensure their solar installer fully explains the results of a shading analysis for their proposed system to be sure they have an accurate assessment of the amount of electricity that their system is likely to produce.

With the guidance of a solar installer, homeowners should evaluate the structural condition of their roof and shingles before a system is installed to ensure that roof repairs or replacement will not be necessary in the near future. Removal of a solar electric system may add cost to a future roof replacement, as a solar installer or electrician would need to remove the panels and re-install them once the roofing was complete.

Ideally, any necessary roof repairs should be made before a solar electric system is installed. Although the panels may act as a shield for sun or rain directly hitting the roof, potentially prolonging the roof life, some installers recommend replacement if the roof has a remaining lifetime of eight years or less. 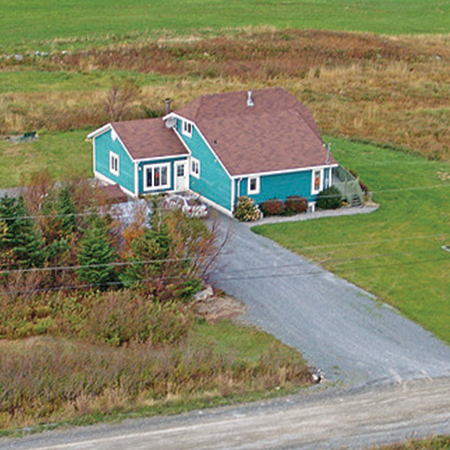 This site is an ideal location for a solar electric system. The roof has a southern orientation, with minimal structural impediments on the roof, and no shading. 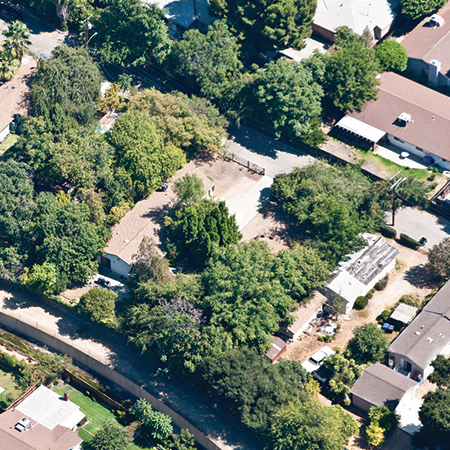 This site presents challenges for installing a solar electric system. The east- west orientation and heavy shading are both impediments to solar electricity. These problems could be remedied, but would add cost to the project.

Depending on the season, the sun moves across the sky at varying heights from sunrise to sunset. Therefore, the amount of electricity generated by a solar electric system varies during the daylight hours and over the course of the year. Residential solar electric installations are typically stationary, meaning they do not follow the track of the sun over the course of the day, and are generally fixed, meaning they are not adjusted to account for changes in sun angle from season to season. Design factors such as module tilt, orientation, and shading should be considered to maximize the electricity production from the solar electric system. 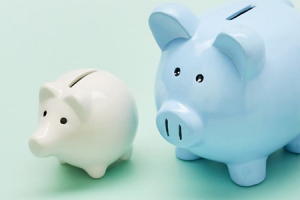 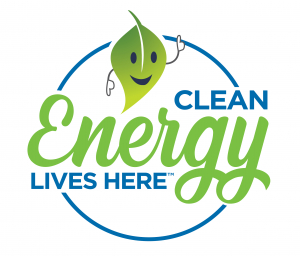 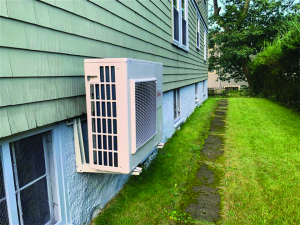 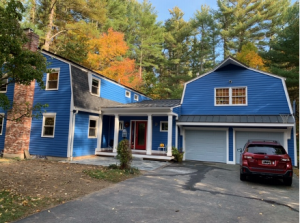 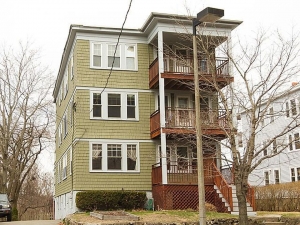 I’m on board!
Important Regulations for a Solar Installation

Questions to Ask Your Solar Installer
Scroll to top